I suppose I can’t really explain what my rebirth has been like, unless you knew what my “old” life was like to some degree. I was a very hard working, classic A-type personality that always was in control, always had 100 things going on at once. I was a manager for a large industrial company, college educated, ex-military, and quietly dominating. I was almost always in good health. Tall, not over weight, but with a family history of heart disease. I used to smoke and had a bad diet. I’ve been a person that’s been in life for the long haul …. One of long term relationships, my marriage & career are both over 35 years and many of my friendships have lasted a lifetime. I’ve always had my friends' backs, and it turned out that they had mine as well.

I could take control of most situations without batting an eye, without raising my voice or even breaking a sweat. I thrived in pressure situations and had very little patience with ignorant people. I can be very politically minded at times. I had a wife, a son, a daughter-in law and two grandchildren.

But then it happened.

Between Life and Death

Multiple massive heart attacks. One triple bypass. Approximately fifty “Code Blues” where I died and was resuscitated. And then a blur of events.

I was whisked inside …….flooded with questions and diagnostic tests …… what happened, when, family history ……. I can remember this questioning as almost an interrogation …. a constant stream of people, all asking the same thing, hoping (in my mind) that I would give the wrong answer and it would be used against me. Since this hospital was in a larger inner city area, I could here some random outside noises as well...such as the homeless trumpeter outside playing the blues. I remember random things, such as “clock watching” …….. I knew it would take “X” amount of time for my family to drive from hospital “A” to hospital “B”, but where are they? Why aren’t they here? Soon they did arrive, but I have no idea how soon or how long it had been, since I had ”coded” a few times in the interim.

At that point, those were the last conscious memories I had. Everything else that happened was told to me by someone else afterwards.

"At some point the doctors sat down with my family and said, 'He’s extremely critical, and we need to consider a transplant.'"

For the next five days, I coded another fifty-plus times (but who’s counting). They tried all kinds of high tech, cutting edge treatments, surgeries and drugs on my heart to get it to function like it should. But, my exacting combination, in order, of (bad) genetics, work stress, diet, smoking were too much to be overcome with the technology that was available.

As the week continued to unfold, the doctors apparently made some random, almost off the cuff remarks that included the word “transplant”. At least, that’s how my family members remember it. I also know that in times of very high stress, our selective hearing loss is very high. We don’t comprehend all that is being said.

At some point later the doctors sat down with my family members and said, “He’s extremely critical, and we need to consider a transplant.”

A Gift of Life

So, after answering hundreds of questions about me and my life, then signing a zillion forms my name was placed on the national transplant list ………. Or was it placed on God’s list? Soon after this discussion my condition became even more dire and another meeting with the family was held. My condition had worsened to the point of where the doctor’s needed to now discuss with my family members the need of an artificial heart, right now. It was the darkest hour of this entire “event” for my family. I did not have to be told how various family members reacted, or even looked. I can see them, even now, months after all of this transpired. Another mountain of papers had to be signed to allow for the artificial heart installation/surgery.

"Within two hours of signing the consent for an artificial heart, the family was again called back in; they had found a heart."

As the family still wept for me, God intervened. Within two hours of signing the surgery consent for the artificial heart, the family was again called back in …….. But this time the news was better, good actually ……… THEY HAD FOUND A HEART!!!!!!

A miracle had happened. You don’t normally, if ever, find a match that quickly. It was a true miracle. What transpired over the next couple of hours were a blur to family members, but these were the last couple hours of my “old” life; the transplant team was on a jet to parts unknown.

It was time to be reborn.

The Pain of Dying

I was recently asked by a friend, "Does it hurt to die?"

While for me, the simple answer is "no, there was no physical pain," the true answer to the question touches at something much deeper. Things that end up hurting are not the pain that is physical, but those that are unseen. The thoughts that were never spoken to another ….. those simple things where we didn’t tell someone we loved, that simple little phrase, “I love you”. Or, called that long lost friend one last time, looked up an old relative in a nursing home to brighten their day, simply said “thank you” to someone that did something as simple as hold a door open for you … all of those thoughts that we have, that we don’t act on. All of those times we have to tell people nice things, but don’t. To die without my loved ones knowing how much I love them...and their love for me....

That is the real pain.

Finding a Treasure Within Each Day

Then there's the other question: After all this, am I still afraid to die?

The honest answer is: maybe a little....but not nearly as much as before my heart attack and subsequent heart transplant. I now am very conscious of telling people the nice things. If I love them, I tell them. If someone has done something nice for me, I thank them, and I appreciate them. It might even be a stranger, but I always try to express gratitude--openly and honestly. I watch my words in an effort to try to not to hurt anyone. And I try to reach out to old friends, if I can find them.

"Life is too short for battles. Now, I try to pay it back...this love that was given to me."

Life is too short for battles. The love we have for other people is buried in most cases; I saw this in the amount of people that came forward when I was very sick. This love was overwhelming.

Now, I try to pay it back...this love that was given to me.

To read more about this man's journey through life and rebirth, visit his blog at: 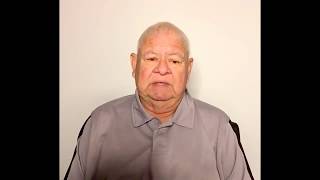 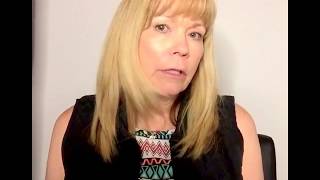 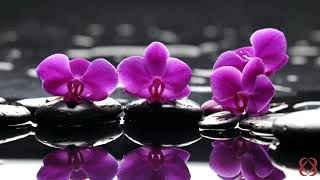 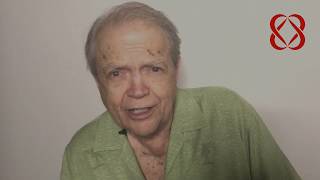 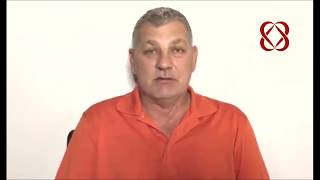 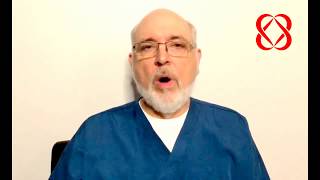 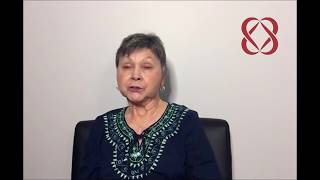 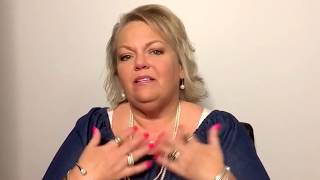